Strong Together: The Smart Factory and the Human Factor at Audi

Digital Transformation in practice: How Audi networks its manufacturing along its entire value stream while making the most of its human workers. 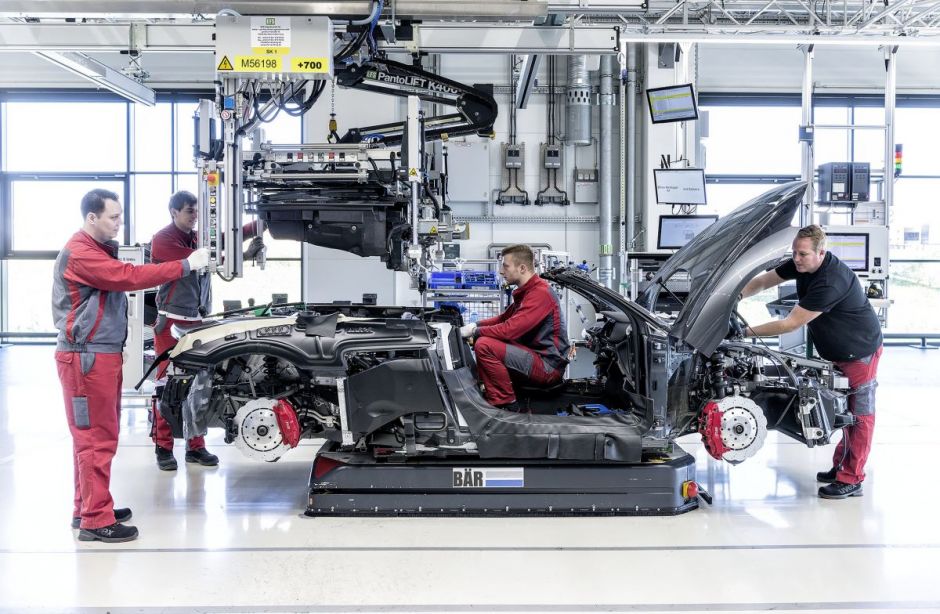 Assembly of the R8 at Neckarsulm: Audi has championed the complete elimination of the assembly line. Production chief Peter Kössler will provide insights into Audi’s strategy for the smart factory at the AUTOMOBIL PRODUKTION Congress. Image: Audi.

The auto industry is now undergoing the greatest upheaval in its history due to digitalization. It doesn’t just involve electric mobility and digital services – it relates to autonomous production as well. Audi has resolutely turned to the concept of the smart factory. But how does this profound transition work exactly? And what role are humans playing in the process? The entire industry has to make crucial decisions on its future course.

Audi has a clear response to new market requirements and the growing desire for customization. The goal is the complete elimination of the assembly line. A modular assembly system is taking its place, making it possible for driverless transport systems (DTS) to fully exploit their advantages, for example. Aside from greater reliability and productivity, a key benefit is the high degree of flexibility needed to handle custom requirements.

At the plant in Neckarsulm where the R8 sports car is built, DTS systems are already transporting car bodies to individual production stations. Through the use of sensors and radio frequency identification (RFID), the autonomous transporters find their way without coming into contact with persons or objects. With the use of smart DTS in the production of the new A8, it is becoming clear why Audi is talking more about the smart factory than Industry 4.0. The DTS systems in question are completely tied to the infrastructure, which even enables them to communicate with elevators. This ensures that the precise destination will be reached.

But fully networked production is not enough. Audi explicitly considers the smart factory to be a building block of its continuous improvement process (CIP). For all the technology, the human being always retains the key role. Audi has introduced and firmly anchored a wide-ranging cultural, change, with clear modifications in the role models for managers. They now serve as mentors and empower their employees.

In turn, the realization of the smart factory is closely tied to a change in mindset. Such a project would be inconceivable without (continued) staff education and motivation. Employees are introduced to new tasks and role models, building on their existing qualifications. For example, dispatchers are continually improving DTS systems and are virtually collaborating with them. Predictive maintenance also depends on human operators who read out the data on their tablets. A new kind of cooperation between humans and machines is vividly on display.

First-hand digitalization know-how: As the Audi board member responsible for production and logistics, Peter Kössler is in an unmatched position to communicate insights into Audi’s overarching smart factory strategy. At the AUTOMOBIL PRODUKTION Congress on June 18, he will give a lecture entitled “The Digitalization of Audi Production: How Humans and Intelligent Technologies Complement One Another in the Smart Factory of the Future.”

All information and registration for the AUTOMOBIL PRODUKTION Congress